What is fecal microbiota transfer?

Several approaches have been explored, including the transplantation of fecal microbiota. It is, moreover, a very ancient treatment whose origins date back to 4th century in China and whose potential was not rigorously studied in the West until the beginning of the 21st century.

This treatment involves giving the sick recipient stools from a healthy donor. The donor’s stool is diluted and filtered before being administered to the recipient. Several methods of administration are possible: by colonoscopy, by nasogastric tube or in the form of capsules.

Which conditions are currently treated through fecal transplantation?

The state of research is not the same depending on the pathology concerned.

For which diseases is fecal transplantation researched in clinical trials?

In the case of other conditions, fecal transplantation is only researched in clinical studies for time being.

For obesity and metabolic diseases such as type 2 diabetes, only a few studies involving fewer than 20 to 30 patients have been performed. 3.4. They reveal the variability in the implantation of the donor microbiota in the recipient’s gut. 5. Only half of the recipients had weight loss and / or a noticeable improvement in their glucose metabolism. In addition, the positive effects were short-lived as they wore off 3 months later. One of the hypotheses that could explain these mixed results is that it is more difficult to replace the recipient’s microbiota with that of the donor in recipients with obesity or metabolic diseases than in recipients with C. difficile colitis. In fact, the microbiota of patients with colitis is depleted and weakened, which is not the case for patients with obesity. It would also appear that all donors are not equal when it comes to fecal transplantation and that the microbiota of some has a better capacity to colonize the digestive tract of recipients. This phenomenon has also been observed in patients with chronic inflammatory bowel diseases such as Crohn’s disease and ulcerative colitis: fecal transplantation only improves the disease in 25 to 30% of patients.6

Several phenomena are probably at work, such as the action of the intestinal immune system on the microbiota or the impact of diet, but it has already been found that the donor microbiota, which has allowed an improvement in the disease in the recipients is richer, that is to say, it contains more species of different bacteria than that of donors whose stools did not improve the condition of the recipients.

The therapeutic potential of microbiota transplantation is also being investigated for the treatment of graft versushost reaction in hematopoietic stem cell transplants. 7. This serious complication, with a poor prognosis, occurs when immune cells in the donor’s bone marrow attack the recipient’s tissues. The number of patients treated does not allow definitive conclusions to be drawn, but patients with a rich and diverse microbiota after transplantation went into remission while those who had a microbiota depleted in bacteria usually found in large quantities in the microbiota (Bacteroides, Faecalibacterium and Bifidobacterium) but rich in a bacterial group usually found in small amounts (Escherichia) has relapsed.

Neurological disorders are also among the pathologies for which the therapeutic interest of FMT is being studied. For example, in severe autism, a study of 18 children found a significant decrease in symptoms of autism after receiving TMF. 8 These results are all the more promising as the improvement in symptoms lasted for at least 2 years. 9 However, these results must be confirmed by independent studies including a larger number of patients and especially including a placebo group.

What are the side effects or complications of transplantation?

However, most studies have found very good tolerance of short and long term fecal transplantation as well as very few unwanted side effects. A study of more than 1000 patients who received fecal transplantation by colonoscopy or by nasoduodenal tube shows that only 0.97% of patients suffered from a complication leading to hospitalization, for example an accident of anesthesia during administration by colonoscopy. 10 The other side effects associated with the transplantation of fecal microbiota are mild and transient, such as bloating, diarrhea, gas and abdominal pain or even vomiting.

The second type of complication of fecal transplantation is related to the stools of donors which can carry infectious agents; careful screening for the presence of pathogens in the donor’s microbiota is therefore essential. This is a crucial point dramatically illustrated by two cases of sepsis, including one fatal, recently reported in immunocompromised patients who received a fecal transplant in the United States. 11 These two patients developed infection with Escherichia coli ST-131 O25B, a strain known to be resistant to multiple antibiotics. The donor was subsequently found to be a healthy carrier of the strain isolated in both patients. It should be noted that the search for antibiotic resistant bacteria in the donor’s stool had not been carried out prior to the stool donation, as is systematically done in Europe and more particularly in France.

The importance of screening for pathogens in order to protect the recipient from serious infections is also illustrated by the fact that up to 50% of COVID-19 patients, including asymptomatic ones, have detectable levels of viral RNA in their stool. 12 In Europe the selection of donors is particularly stringent and many screenings are carried out, so only 3% of potential donors are retained. This guarantees the safety of the recipient but considerably increases the difficulty of implementation and the costs of fecal microbiota transplantation and contributes to limiting its use.13

In the current state of knowledge, therefore, it appears that fecal transplantation is very effective in the treatment of C. difficile colitis but much less in other diseases such as obesity and chronic inflammatory bowel diseases. This variability in efficacy between patients is very likely to be linked to the composition of the microbiota of the donor and the recipient. Indeed, it seems that the colonization capacity of the donor microbiota exceeds the resistance to implantation of a new microbiota in the recipient when the donor has a richer microbiota than the recipient. There are still many gray areas to be explored in order to improve the efficiency of fecal transplantation. To date, the respective impacts of the method of preparation and conservation of the donor microbiota, the number of stool administrations, the donor-recipient pairing and a nutritional or drug intervention simultaneously with fecal transplantation are still unknown. but open up promising research perspectives. 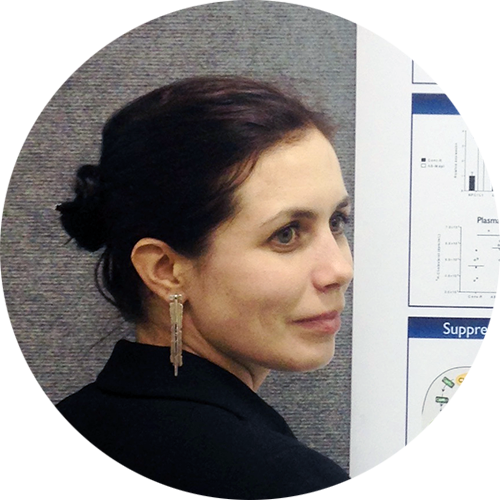