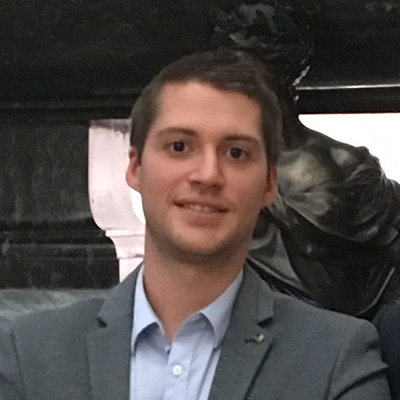 Jonathan Breton is currently an Associate Research Scientist at INSERM 1073. In 2016, he earned a PhD in Cellular Biology from the University of Rouen Normandy on the impact of proteins in the gut microbiota on the physiological regulation of eating behaviour and their interactions in eating disorders. After earning his degree, he did postdoctoral work in Computational and Systems Medicine in the Department of Surgery and Cancer at the prestigious Imperial College London, a pioneer in research on metabolism and the intestinal microbiota.

With qualifications in four areas of the National Council of Universities – Biochemistry and Molecular Biology (CNU 64), Cellular Biology (CNU 65), Physiology (CNU 66) and Neuroscience (CNU 69) – Jonathan continued his research on gut-brain axis dysfunction in eating disorders as well as his collaboration with the London-based team of Dr Jonathan Swann, Senior Lecturer in Microbiomics and Human Development.

Jonathan Breton’s work has been recognised by the Academy of Sciences in Paris, which awarded him the “Prix des grandes avancées françaises en Biologie” (Award for Major French Advances in Biology) in 2016.

In 2018, Jonathan became a member of the research component of the office of the French Federation Anorexia Bulimia (FFAB-R), one of whose goals is to foster better coordination between healthcare and research teams to improve patient care.