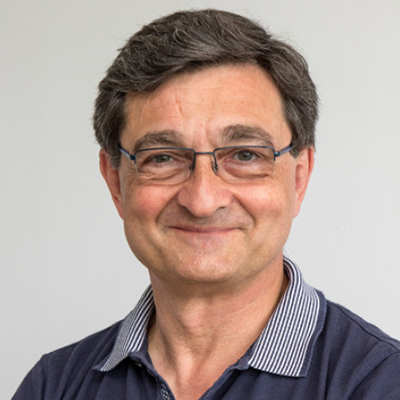 Professor of Nutrition, Director of the INSERM 1073 laboratory “Nutrition, Inflammation, and Gut-Brain Axis Dysfunction”, Chief of the Division of Nutrition, Rouen University Hospital

Pierre Déchelotte, MD, PhD, has been Professor of Nutrition at Rouen University Hospital since 2001 and is Director of the INSERM 1073 laboratory “Nutrition, Inflammation and Gut-Brain Axis Dysfunction”. While completing his clinical training in Gastroenterology and Digestive Physiology in Rouen, he defended a PhD thesis at the University of Paris VII and deepened his understanding of the gut metabolism during postdoctoral work in Hanover. He subsequently focused on nutrition, continuing his hospital-university career in Rouen, where he created and developed the Department of Clinical Nutrition.

He advanced the concept of the “gut-brain axis” and developed experimental and clinical research on the relationship between food, the microbiota and intestinal barrier and their impact on regulating eating behaviour. His integrative view of the interrelationships between nutrition and the gut-brain axis is original in that it gives due consideration to nutritional re-education as the basis for correcting numerous diseases in which this axis is implicated, whilst also seeking to use the specific effects of certain nutrients to reinforce anticipated therapeutic effects.

Pierre Déchelotte is the co-inventor of 10 patents and founding shareholder of the start-up TargEdys, which focuses on controlling appetite and metabolic diseases by modulating the gut microbiota. He has published over 200 articles in peer-reviewed journals, as well as reviews and book chapters. He is frequently invited as an international speaker.