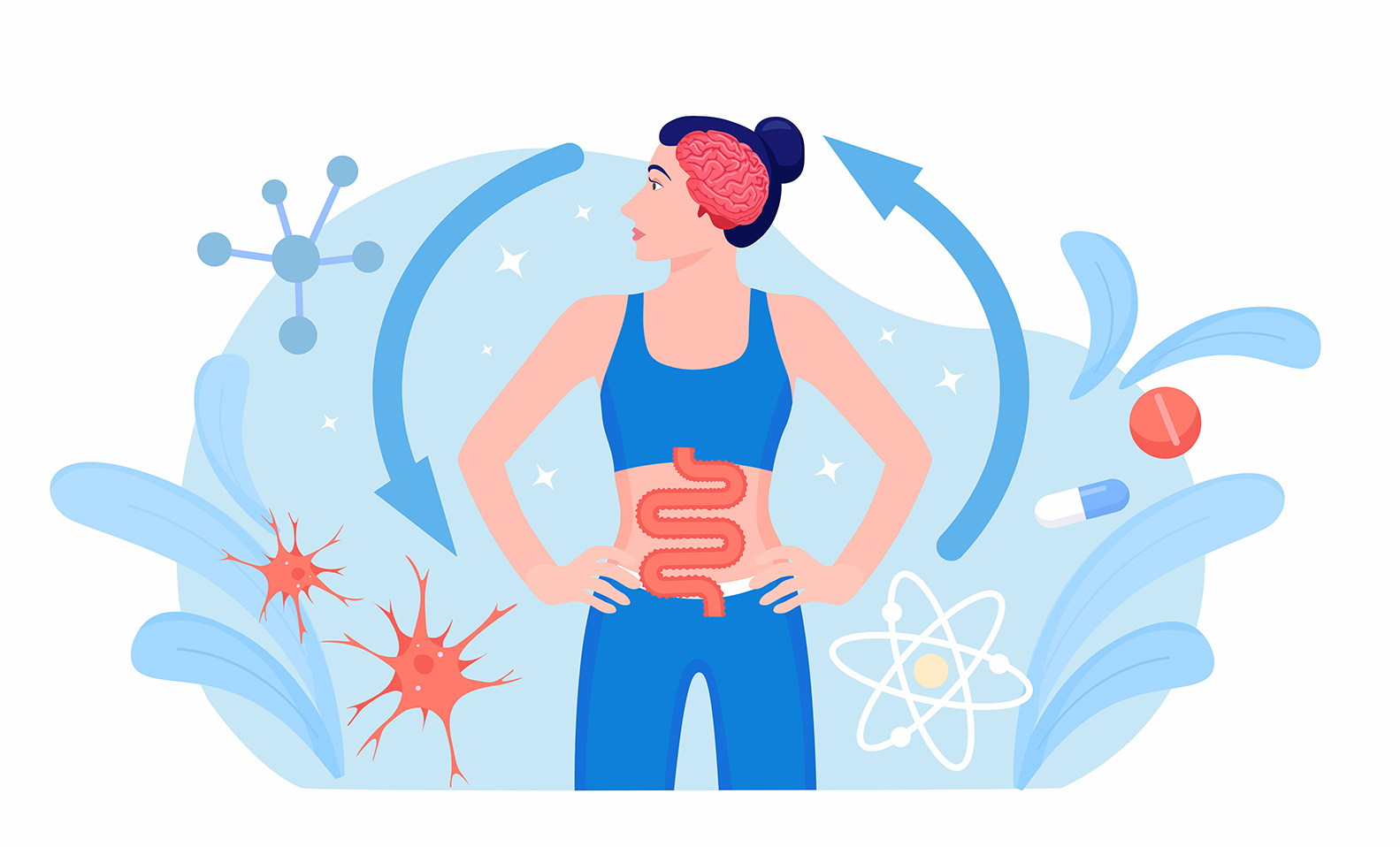 Since the middle of the19th century many naturalists, such as Charles Darwin, had already observed in humans and animals the major effect of interactions between the digestive compartment and emotions. Subsequent work in the 1920s, on the other hand, documented the brain’s control of certain intestinal functions such as intestinal motility, i.e. the intestine’s ability to contract to advance digestive content, thus participating in the function of digestion. All of this early research suggested bidirectional communication within the gut-brain axis. Since then, the importance of this axis for the good health of the host has been documented and certain communication routes have been identified, whether neuronal, hormonal or immune.

But what about the relationship between the microbiome and our moods? Well, various studies using animal models of chronic stress have made it possible to observe its effect on the depressive behavior of animals. An area of the brain involved in stress regulation, the hippocampus, seems to be particularly impacted in subjects with depression. Indeed, in mammals, during a situation perceived as stressful, structures located above the kidneys, the adrenal glands, begin to produce the stress hormone, cortisol. The stress axis1, involving various brain structures, is then activated to best respond to the stressful situation and it is then that the hippocampus intervenes. Once the danger has passed, this small brain structure, itself very sensitive to cortisol, activates to soothe the stress axis and return the level of cortisol to the basic state. However, high and/or repeated cortisol levels can impair the hippocampus and its ability to regulate stress. As a result, other brain structures will suffer the effects of cortisol, such as the overactivation of the amygdala, the center of rather negative emotions. It is therefore the repetition of stressful episodes that can gradually lead to a deterioration of our mental state, and in some cases lead to pathology.

One in seven people worldwide is affected by a mental disorder2, and globally, the socio-economic impact of the pathologies associated with these disorders is increasing alarmingly. It is therefore essential to better understand the mechanisms at the origin of these disorders to prevent and treat in a more adapted and specific way for each individual. Indeed, current therapies targeting neurotransmitters involved in the feeling of well-being or efficiency (serotonin, dopamine and norepinephrine mainly) act on only a part of patients. However, it turns out that a major site of production of these “hormones of well-being” is our intestine and involves certain members of the microbiota.

New approaches targeting our microbial intestinal balance are therefore being studied. The microbial partners and mechanisms at play are gradually being elucidated into pre-clinical models allowing in the near future the development of new targeted approaches.