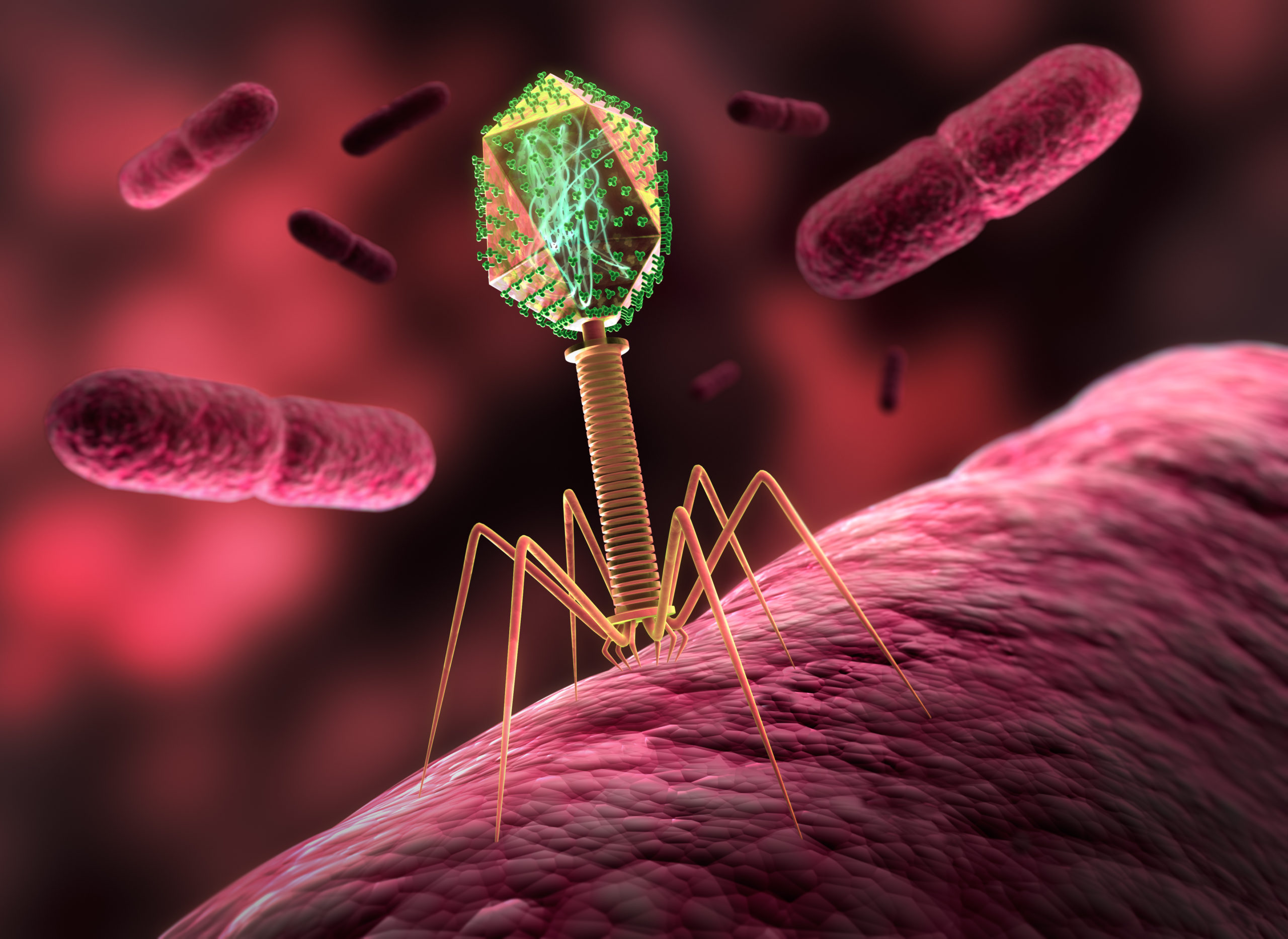 By Microbiome foundation 3 May 2021 July 19th, 2021 No Comments
For a long time, studies on the gut microbiome were limited to the study of gut bacteria. Yet the gut also contains fungi, archaea (organisms that resemble both bacteria and our cells), and viruses. Some of these viruses, including noroviruses and rotaviruses, can infect the cells of the gut and cause gastroenteritis. But the vast majority (90%) of viruses present in the gut are bacteriophages, in other words viruses that infect bacteria. Bacteriophages are the most abundant and diverse biological entity on Earth, and there are more bacteriophages on Earth (1031) than there are stars in the entire universe (1021) 1.

Just as viruses need our cells in order to replicate, bacteriophages need the bacteria they infect in order to replicate. Different bacteriophages target different bacteria. Typically, bacteriophages attach to receptors on the surface of certain bacteria and infect them by injecting their genetic material. “Virulent” phages have a lytic cycle, during which they use the energetic resources of the infected bacteria to replicate their genetic material and form new bacteriophages (up to 1,000 new phages per bacterium), which are then released by destroying the bacteria. So-called “temperate” phages have a lytic cycle but also a lysogenic cycle, during which they replicate along with the infected bacteria without killing them.

Concerning the gut microbiome, bacteria have been studied more than the viruses that infect them because it is much easier. Indeed, bacteria is characterized largely based on the fact that some bacterial genes are very similar between bacteria of the same species but distinct between bacteria of different species 3-4. However, compared to bacteria, bacteriophage genes have a much higher variability 5. In other words, two “identical” bacteriophages are often much more different genetically than two “identical” bacteria. For example, in 97% of cases there is no homology between the genomic sequences of all identified bacteriophages (several thousand) 6. And while it is possible to name the bacteria present in a given sample based on all the DNA present in it, this is not possible with bacteriophages. Consequently, 75–99% of bacteriophage DNA sequences do not match any known viral DNA sequence 7.

If viruses contribute to the bacterial balance that is so essential to maintaining good health, are viral imbalances detected in diseases related to the gut microbiome? The answer is yes. The bacteriophage composition in patients with chronic inflammatory bowel disease (including Crohn’s disease and ulcerative colitis) is different 15,20. While these patients have a reduced bacterial diversity, they have greater bacteriophage (in particular Caudovirales) diversity and an increase in the ratio of temperate to virulent bacteriophages compared to healthy individuals 21,22.

The likely role of bacteriophages in regulating bacterial populations in the gut and the fact that bacteriophage composition is associated with gut pathology points to a possible broader role of bacteriophages. The astounding efficacy of fecal microbial transplant (FMT) in treating Clostridium difficile infections in the gut has raised hopes that such an approach could potentially be effective for other intestinal pathologies 23–26. FMT is generally thought to work by replacing a defective bacterial microbiome with a healthy one 27. However, the transfer of fecal matter generally does not involve transferring only gut bacteria but everything else as well. Indeed, one study showed that FMT works just as well if the bacteria are removed from the transferred feces to the recipient, raising the question of the role of gut bacteriophages in the effectiveness of this approach 28 Bacteriophages may also play a role in the response to cancer treatments. Cyclophosphamide, a molecule widely used in chemotherapy, induces the passage of the gut bacterium E. hirae from the gut to the lymphoid organs, where it provokes an immune response that can target tumor cells. Laurence Zitvogel’s group demonstrated that it was not these bacteria that activated a specific anti-cancer immune response but a bacteriophage located inside these bacteria, whose molecules were very similar to those expressed by cancer cells 29.

The gut microbiome is therefore much more than just the sum of the bacteria in the gut, and the development of new tools and methods will likely lead to a better understanding in the coming years of the impact that gut bacteriophages may have on health. 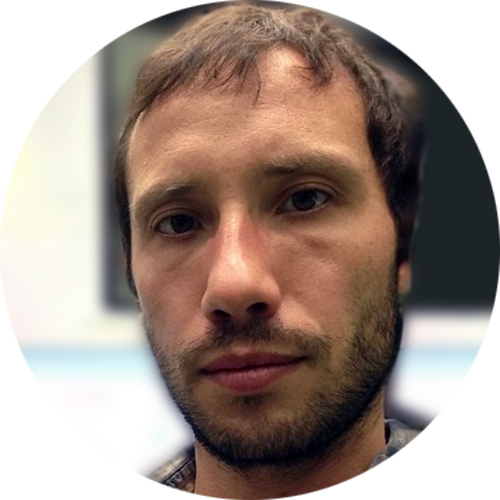