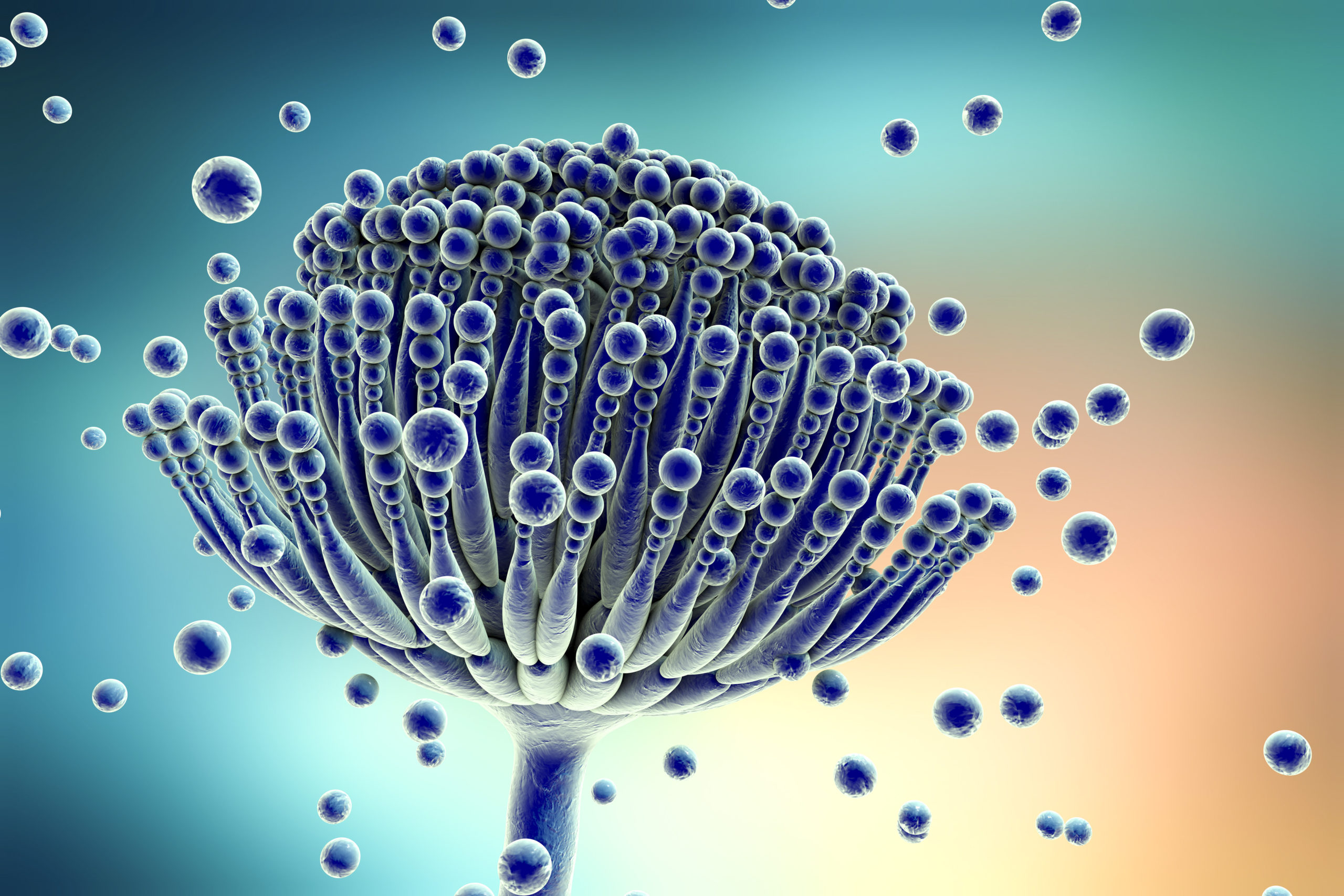 By Microbiome foundation 5 October 2021 No Comments

The intestinal mycobiome includes all the fungal species that make up our microbiome.

Varying from 0.03 to 2% of gut microbial species, the number of fungal species is much smaller than that of the bacteria present. The characterization of its composition and functions is nevertheless at a less advanced stage than that of bacteria. Present in all terrestrial and aquatic ecosystems, fungi represent a much larger biomass than bacteria because of their size 100 times larger than the latter.
These microorganisms have always fascinated the scientific community with their amazing ability to digest organic or synthetic compounds that no other living organism is able to make, such as some plastics for example 1.

Despite technical difficulties, linked among other things to their thick wall, making access to their genetic material more difficult, the rise of molecular biology tools has gradually allowed the characterization of their diversity. In the intestines of healthy adult individuals, Aspergillus, Candida, Debaryomyces, Malassezia, Penicillium, Pichia and Saccharomyces are the main genera identified. Compared to the bacteria present, this consortium of fungal species is of lower diversity and much more dynamic over time 2,3. Indeed, different studies suggest that few fungal species establish themselves permanently in the intestine, but are present in a more transient way. This work highlights the difficulty at present of defining whether there is a “core gut mycobiome”, i.e. a subset of fungal species present in the same proportion in all healthy individuals. Many internal factors such as our genetics, age or gender, as well as many external factors, called environmental, such as hygiene conditions or our diet, influence the composition of this community. Some species such as those of the genus Candida would be favored by a high consumption of carbohydrates, while the consumption of fermented products (beer, sourdough bread), rich in yeasts, would rather favor those of the genus Saccharomyces 4. The impact of different diets on the composition of the mycobiome as well as the usefulness of yeast supplementation are the subject of numerous studies in order to establish in what context and by what mechanisms this would participate in the restoration of intestinal balance 5,6,.

The observation of changes in the composition of fungal species in patients with various intestinal pathologies (inflammatory chronic intestinal diseases, irritable bowel syndrome, colorectal cancer) 7,8,9,10 or extra-intestinal (Immunodeficiencies, viral infections, diabetes, obesity, schizophrenia, bipolar disorders, etc.) 11,12,13,14,15 attests to the importance of the intestinal mycobiome for human health. The study more targeted in experimental models, mimicking the occurrence of colitis* and using antifungal treatments, shows that these aggravate the inflammatory state and delay the recovery of animals, especially due to the proliferation of pathogenic bacterial species. Indeed, different molecules produced by the gut mycobiome participate in the stability of interactions between fungal species but also regulate the stability and functions of surrounding bacterial species, participating for example in the blocking of bacterial toxins 16. Other fungal metabolites and/or structural compounds

Identified are able to interact with host cells, activating or suppressing inflammatory responses, or participating in the process of maintaining or regenerating the gut mucosa 17,18,19.

The study of the burgeoning gut mycobiome illustrates the importance and complexity of better understanding the interactions between the different kingdoms of life that coexist within us and participate in our health 20,21.

*colitis: inflammation of the colon

Development of precision probiotics in pathologies

Development of precision probiotics in pathologies