The French Gut is a national contribution on the gut microbiota. His ambition? Map and understand the heterogeneity of healthy French gut microbiota, the factors that impact them, as well as their deviations in chronic diseases. By 2027, the feces of 100,000 volunteers and associated nutritional and clinical data will be collected.

For more information or to become a volunteer go here : https://lefrenchgut.fr

The French Gut will allow, from the scientific knowledge generated, to move towards apersonalized preventive nutrition. It will also pave the way for innovative diagnostics and therapies, especially in the context of chronic diseases that have been steadily increasing and uncontrolled for three generations.

It will also raise awareness among the general public, adults and children, about the gut microbiota and its link with health and nutrition.

The French Gut is a national project led by INRAE and carried out in collaboration with AP-HP. It is conducted in partnership with public institutions and private actors involved in the field of microbiota. This major project is aligned with the One health concept and is part of one of the INRAE 2030 strategic objectives, which is to promote a global approach to health .

An international dimension with the Million Microbiomes from Humans Project (MMHP)

Officially launched on October 26th, 2019 at the 14th International Conference on Genomics (ICG-14)

The project in a few facts:

To become a volunteer:

or scan this QR code 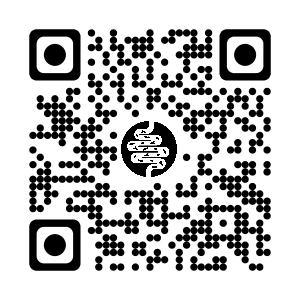 To support the French Gut project:

To participate in the financing of the project