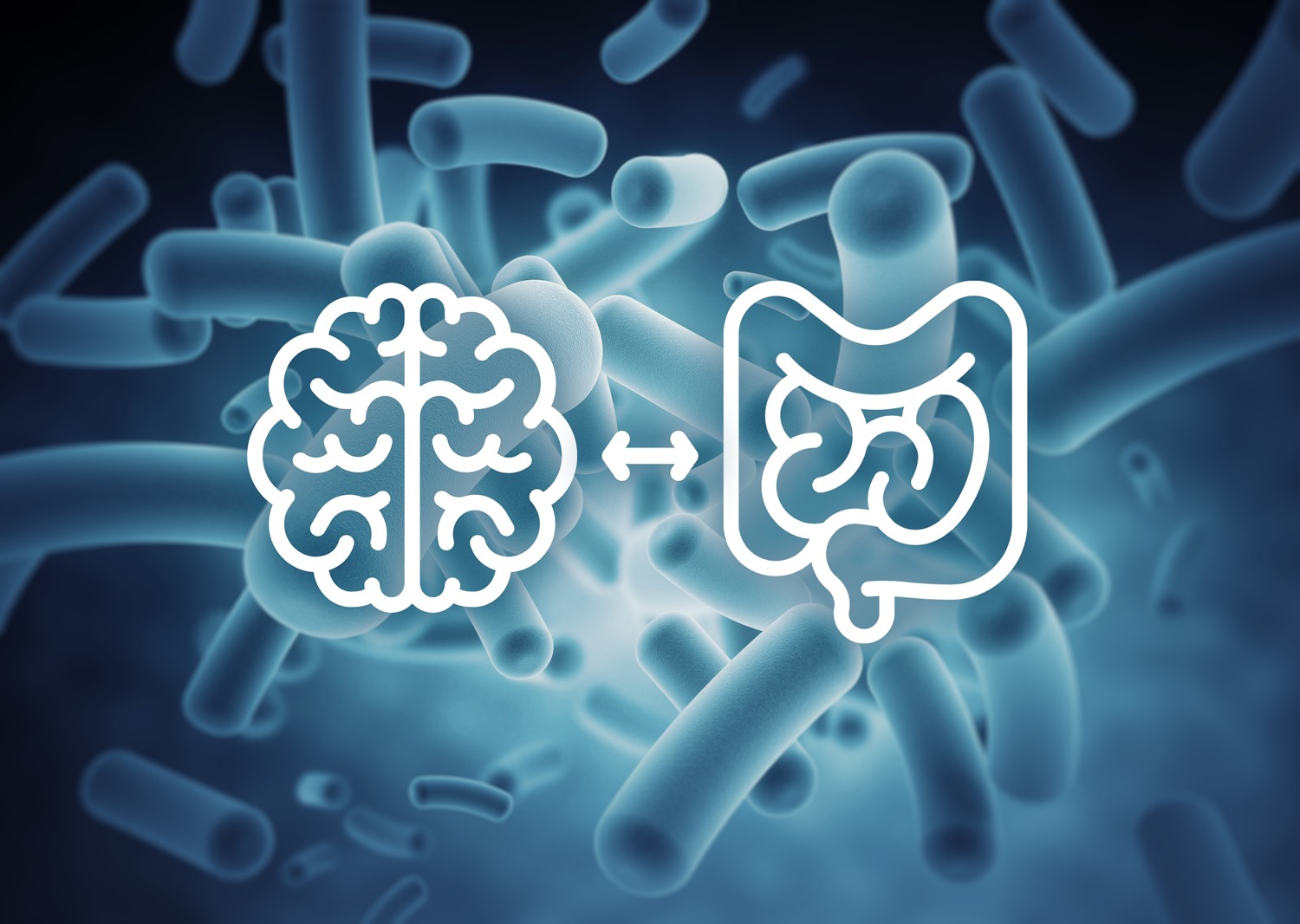 In recent years, scientists have been studying how the 200 million neurons of the enteric nervous system communicate with the neurons in the brain through the gut-brain axis. The latest research on the subject shows that the neurons and nervous system are affected by what happens in the intestinal tract including the activity of the bacteria that live there. In fact, though physically separated, these two entities are in constant dialogue through a bidirectional axis.

It is thus interesting to note that 95% of serotonin is produced in the gut and participates in the interactions between the brain and gut via the vagus nerve. Serotonin is a neurotransmitter, sometimes also referred to as the “feel-good hormone,” that regulates a wide range of functions including mood and behavior. A key player intervenes between the brain and the gut, participating in this mysterious dialogue: the gut microbiota.

The gut microbiota is the sum total of microorganisms that colonize the digestive tract. It is populated by nearly 100,000 billion bacteria and many other microorganisms – slightly more than the total number of cells in the body.

Indeed, studies indicate that the gut microbiota participates in communication between the gut and brain and that it influences brain function through its various metabolic functions and through direct dialogue with the immune system and neurons. Currently, researchers are investigating possible links between an imbalance in the gut microbiota and certain psychological disorders (stress, bipolar disorder, schizophrenia, and depression) as well as certain neurodegenerative diseases (Parkinson’s, Alzheimer’s, etc.) and neurodevelopmental disorders (autism).

Autism, which is one of the conditions associated with disturbances in the gut microbiota, is the subject of very promising recent research. A chronic condition whose incidence has been increasing steadily for six decades, autism now affects one in 59 births in the United States and one in 150 in England and France.

Recent studies in France (research by Joël Doré, INRAE) and the United States, both on mouse models and human patients, have clarified the link between the gut bacteria and autism. Moreover, a recent study led Prof. Krajmalnik-Brown and Prof. Adams of Arizona State University, in partnership with Dr. Sarkis Mazmanian of Caltech, to the idea that restoring a harmonious bacterial ecosystem might alleviate the symptoms of autism.

Results of microbiota transfer therapy in autistic children: The results of the study showed a remarkable reduction (47%) in autism symptoms. After two years, only three of the 18 children were considered to still be severely autistic, while eight were below the diagnostic threshold for autism, meaning that these eight children are now considered to be neurotypical.

bibliography :
Some elements to better understand the subject

By continuing to browse this site, you accept the use of [cookies or other tracers] to provide you with functions [for example sharing to social networks and for donation statistics].yes, I agreeNo, i disagreePRIVACY POLICY